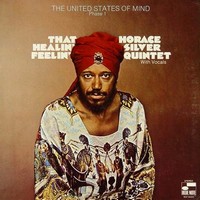 London’s Soul Brother label is about to reissue four collectable and hard-find jazz albums. Two are by hard bop pianist, HORACE SILVER – both ‘That Healin’ Feeling‘ and ‘Total Response‘ were two LPs released by Blue Note in 1970 and were unusual in the fact that on both sets the Silver band was for the most part augmented by the presence of lead vocalists (namely Andy Bey, his sister Salome, Gail Nelson and Jackie Verdell).

Soul Brother is also reissuing ‘Mahal‘ by trumpeter EDDIE HENDERSON. The Skip Drinkwater-produced Blue Note album from 1975 spawned a US chart hit in the shape of ‘Prance On.’ Accompanying Henderson on the album are jazz luminaries in the shape of Herbie Hancock, Bennie Maupin, Hubert Laws and Mtume.

The final reissue in the new Soul Brother batch is a ‘twofer’ from legendary Hammond organ hero, JIMMY SMITH. 1977’s ‘Sit On It‘ and ’78’s ‘Unfinished Business‘ have never been on CD before and were both recorded for Mercury and find Smith playing string ensemble, synthesiser and piano as well as his trademark organ. Contributing musicians include Herbie Hancock, Lenny White, Ronnie Foster and James Gadson.