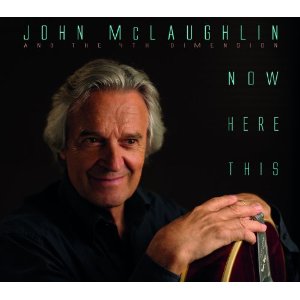 The album’s release ties in with McLaughlin’s and the 4th Dimension’s keenly anticipated London Jazz Festival concert on November 11th at The Barbican.