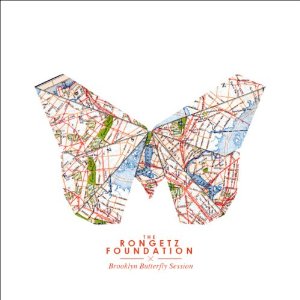 Fresh from the press are a couple of new albums that should appeal to both jazz and soul aficionados. THE RONGETZ FOUNDATION is the name of a band fronted by Stephane Roget, a French-born trumpeter and composer who used to lead the group Metropolitan Jazz Affair. The outfit’s new opus, ‘Brooklyn Butterfly Session,’ is a stylish blend of soulful vocal cuts and jazz-infused instrumentals. There’s also a palpable hip-hop element on some tracks. The most notable vocal cameos are supplied by GREGORY PORTER, who sits in on the infectious finger-clicking opener, ‘Gogo Soul’ – which has been released as a single and is receiving good radio attention, especially from Gilles Peterson – and also ‘Hard Bop Merry Go Round.’ Former Zhane chanteuse, Renee Neufville, adds her lissom vocals to ‘Eunice K’ and rapper, John Robinson, also appears on one track. The album’s out now via the Heavenly Sweetness imprint.

TIA FULLER’s latest album, ‘Angelic Warrior,’ is the saxophonist’s fourth long player and the follow up to 2010’s impressive ‘Decisive Steps.’ The 36-year-old Colorado-born reed player (she plays alto and soprano sax as well as flute) plays in R&B diva Beyoncé’s road band as a day job but her own music has a very pronounced straight ahead, bop-infused, jazz flavour. Fuller is accompanied by her own band (including her sister, Shamie Royston, on piano), which is augmented by noted drummer TERRI LYNE CARRINGTON and bassist JOHN PATITUCCI. The inimitable DIANNE REEVES lends her vocals to a stunning rendition of the jazz standard, ‘Body & Soul.’ ‘Angelic Warrior’ is released on October 8th by Mack Avenue.

For more info go to: http://www.tiafuller.com/

And for SJF readers that like their soul served up with a hint of jazz, then JONATHAN BUTLER’S new album – the twentieth of the South African-born musician’s career – should suffice. It’s called ‘Grace And Mercy‘ and is released by US label, Mack Avenue. “This album really speaks about optimism, faith, belief and hope,” says the 50-year-old singer/guitarist, explaining his new CD’s overriding theme. “There’s been a lot of people losing their homes, their jobs, enduring the challenges that life brings. I’m hoping this album will bring hope to the people.” The album – which has a strong gospel flavour – is preceded by the lead off single, ‘I Stand On Your Word,’ a deeply soulful ballad about faith, fealty and commitment. There are some good toe-tapping soul grooves too, exemplified by the insistent ‘Trials’ – which is powered by a subtle funk undertow – and ‘You’re All That I Need,’ which features Butler’s trademark jazzy guitar licks and a catchy chorus.

‘Grace And Mercy‘ is out now.

For more info go to: http://www.jonathanbutler.com/