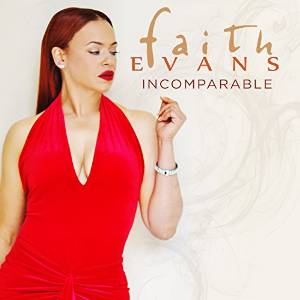 Golden-voiced Grammy-winning R&B singer, FAITH EVANS, is visiting the UK later this month to perform at The Institute in Birmingham on Friday February 27th and London’s Indigo2 on Saturday February 28th (joining her on stage is Syleena Johnson).

The Florida-born singer/songwriter/producer – who is also the co-creator of the popular US reality TV series, R&B Divas – also has a new album out, ‘Incomparable,’ via BMG on March 16th. It features 16 tracks that include cameos from rappers Missy Elliot and Sharaya J, who appear on the infectious R&B jam, ‘I Deserve It’; also guesting is rapper Problem and singers Keke Wyatt and Karen Clark-Sheard (the latter is a Grammy-winning gospel singer). The set’s brilliant title track is a dance floor stomper that rides on a D-Train-inspired groove.

Look out for SJF’s verdict on the new album soon.

‘INCOMPARABLE’ is released on March 16th.