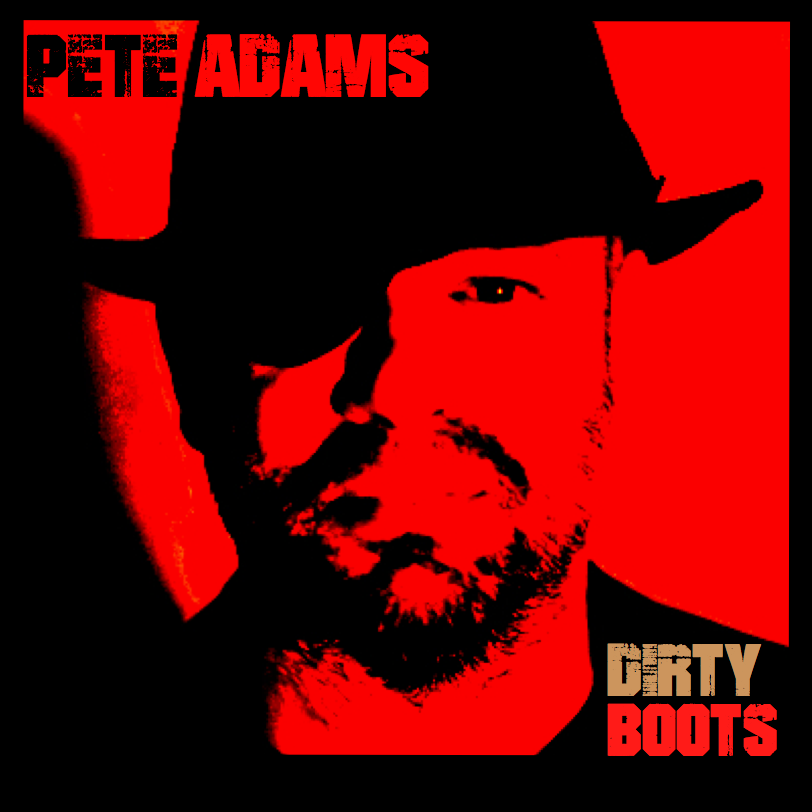 PETE ADAMS is a veteran British keyboardist and for whatever reason it’s taken umpteen years for him to release his first solo album….. ‘Dirty Boots’ – a collection of smooth jazz grooves, laid back chillers, funk rollers and Latino rhythms. And the person to blame for this varied collection… a certain Chick Corea!

You see, young Pete was born into a musical family and they duly enrolled him into classical piano class. One day though, while the teacher was out of the room Pete found a Chick Corea album and popped it onto the record player. That was that; Pete… “Yes. I swiftly swapped Tchaikovsky for Chick. Well, this was it. Funk, Harmony and Latin all in one unit. So it was there that my journey began.”

Pete soon found himself playing the East End pub circuit, then in his early twenties he joined the Three Degrees touring band and from there he was regularly booked to support other visiting US soul royalty.

For a time Pete played keys with Talk Talk and then it was touring with people like Yusuf Islam, Tom Jones, Go West, Sister Sledge, Odyssey, Boy George, Black, Madonna, Stevie Wonder, Al Jarreau, Daryl Hall, Mica Paris, Martha Reeves, The Stylistics, Billy Paul and The Count Basie Orchestra! Pete has also worked on many musicals – including playing on the ‘Evita’ movie soundtrack and collaborated with other performers on numerous TV themes.

Over the last several months, Pete found the time to work on his own album, ‘Dirty Boots’ which is now out and worth investigating by anyone who cares about quality smooth jazz. I guess the album’s centre piece is the title track. Can’t explain the title, but musically the track offers an intriguing mix of light funk and Latin rhythms. In some ways it reminds me of Ramsey Lewis’ best – particularly in the way Pete manages to make his keyboard work shimmer. There’s more of the same on the sombre ‘The Chivalrous Hombre’ while elsewhere ‘Gangster’ (as the title implies) has a hint of blaxploitation about it – especially with the addition of the flute. ‘Meet Me In The Lobby’ is another highlight… here Pete swops the piano for Fender Rhodes.

For something very different, try ‘She Sails At Dawn’ – a gentle, soothing five minutes plus that wouldn’t be out of place on one of those Ibizan chill out albums. Even more relaxing is the album closer, ‘Alone’. Just a solo piano and peace, perfect peace. Music to mediate to but ‘Dirty Boots’ offers plenty of other moods too.