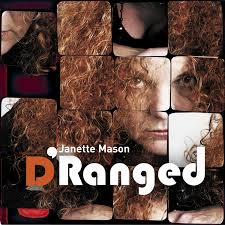 JANETTE MASON has been a mainstay of the British jazz scene for over a decade. The experimental pianist/composer/arranger has toured throughout the world and also worked with artists as diverse as Pulp, Oasis, Seal and Suzanne Vega. She’s also been MD for the Jonathan Ross TV shows and found the time to establish her own label – Fireball Records.

And Fireball is the label for Janette’s new album (her third) – an intriguing and complex nine tracker called ‘D’ranged’. The concept behind the album was to take classic soul, jazz and pop tunes and inject them with brand new jazz-inflected sensibilities.

To help her deliver Ms. Mason has brought together a stellar cast of collaborators; they include vocalists David McAlmont, Claire Martin, Gwyneth Herbert, Vula Malinga and Tatiana LadyMay Mayfield. It’s Ms Mayfield who features on one of the album highlights – a loose limbed version of Stevie Wonder’s ‘I Wish’.

Other songs that are “d’ranged’ include The Bee Gees’ ‘How Deep Is Your Love’, Burt Bacharach’s ‘I Say A Little Prayer’, the standard, ‘Blue Moon’, Paul Weller’s ‘You Do Something To Me’ and Alison Moyet’s ‘This House’. Janette Mason re-invents them all in a way that will surprise and maybe even shock you. Biggest shock to soul fan will be the reconstruction of Cheryl Lynn’s dance anthem ‘Got To be Real’. Featuring a sultry vocal from Vula Malinga, it quite becomes a new song!