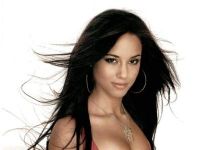 ‘Doesn’t Mean Anything’ – a new single from ALICIA KEYS, heralds the artist’s new album which is set to hit the shops at the end of November. The self-penned and self-produced single is a crisp mid-tempo beater that features ALICIA’S passionate signature vocals. The new album is called ‘The Elements Of Freedom’ and ALICIA will be in the UK in November for live dates to promote the set.