New albums due by MAVIS STAPLES, KENNY G and SOULIVE 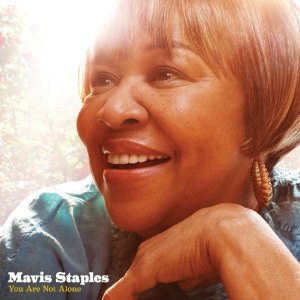 Soul legend MAVIS STAPLES has a new album out on Anti- Records on September 13th. Called ‘You Are Not Alone,’ it was produced by guitarist Jeff Tweedy and blends traditional gospel songs with Mavis’s interpretations of songs by Pops Staples, Randy Newman, Allen Toussaint, John Fogerty, the Reverend Gary Davis and Little Milton.

Look out for a tremendous new album called ‘Rubber Soulive’ by US band SOULIVE, which pays homage to The Beatles. The funky New York jazz trio – comprising organist Neal Evans, guitarist Eric Krasno and drummer Alan Evans – put their own inimitable spin on Fab Four immortals like ‘Eleanor Rigby,’ Help,’ ‘Day Tripper,’ ‘In My Life’ and ‘Something.’  The new record is their third long player for indie label Royal Family Records. Previously the band has recorded for Velour, Blue Note and Concord and in 2005, they added soul, reggae and pop elements to their sonic palette for their one-off Stax album ‘No Place Like Soul.’

‘Rubber Soulive’ is out in September.