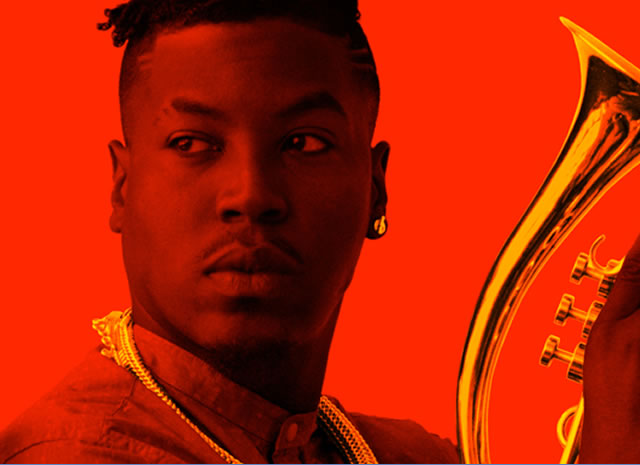 Double Edison award-winner and Grammy-nominated New Orleans horn blower, CHRISTIAN SCOTT ATUNDE ADJUAH,  returns in March with the first of three mini albums for the Ropeadope label in a thematically-linked triptych he calls ‘The Centennial Trilogy.’ Following in the wake of 2015’s acclaimed ‘Stretch Music’ LP,  the inaugural album in the series is ‘Ruler Rebel,’  an eight-track opus which spotlights rising flautist, Elena Pinder-Hughes (on the tracks ‘Encryption’ and ‘The Coronation Of X’) and singer Sarah Elizabeth Charles (who features on the haunting ‘Phases’). Fusing jazz with hip-hop, alt-rock, African and ambient music, Scott has arrived at a unique and exciting sound that he uses to create a musical commentary that reflects the troubled times we live in.

‘Ruler Rebel’ is out on March 27th via Ropeadope.