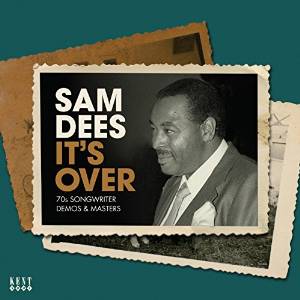 SWAMP DOGG is not everyone’s cup of soul tea! The music of the man born Jerry Williams Jr, is never an easy listen chiefly because he’s never been scared to confront and challenge – musically and lyrically.

Hear that style perfectly on the first ever reissue of his 1981 album, ‘I’m Not Sellin’ Out, I’m Buying In’. The album was originally released on John Fahey’s Takoma label and without any singles to help promote it,the 9 tracker sunk without trace (something Mr Williams was used to in his long career).

Listen in now though and you’ll hear Swampy at his very best – confrontational, challenging and ironic in equal measures. Hear it right away on the anti-love song ‘The Love We Got Ain’t Worth Two Dead Flies’ (a duet with Esther Philips) and if you want more great tiles try ‘California Is Drowning And I Live Down By The River’ or ‘Low Friends In High Places’ . Other stuff – like ‘Sexy, Sexy, Sexy #3’ and ‘Swamping Salutations’ need no explanations!

The album is out now, on Ace/Takoma