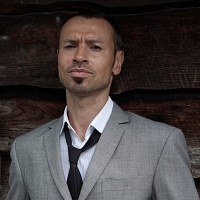 UK pop and soul singer, SI CRANSTOUN is being tipped in some quarters as one to watch in 2015. His debut album ‘Modern Life’ won him a core of fans while his first two singles – ‘Caught In The Moonlight’ and ‘Dance For Evermore’ secured airplay right across the spectrum, leading to numerous high profile TV appearances. His new music, it seems, is moving away from the vintage sounds of Jackie Wilson that he espoused earlier in his career, when songs like ‘Dynamo’ were big dance club faves.

Whatever, Si begins his 2015 campaign with the release in February of his third single – an infectious pop/soul stomper called ‘Never Gonna Let You Go’. Co-written with Tony Macaulay (remember his ‘Build Me Up Buttercup’? Sure you do), the song has all that catchy cachet that the Foundations’ 60s classic had. Yes, it’s poppy but there’s a dash of Northern soul about it too and the vocal may well remind you of Billy Ocean… and maybe that’s our best reference point… Si Cranstoun – the new age Billy Ocean!