NEVER ENOUGH OF NEVER TOO MUCH…. 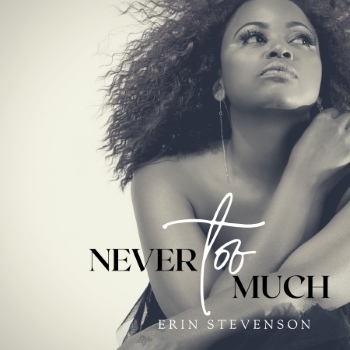 Soul and R&B anoraks might well recognize the name ERIN STEVENSON. Aged just 10 the Houston native was a member of Girls Tyme who were later to morph into Destinys Child – without Erin, of course.

Since then Ms S has sung bvs for people like Janet Jackson, Jennifer Lopez, Rihanna, Jamie Foxx, John Legend and Duran Duran (but don’t hold that Duran gig against her!)

A while back the soul community were quite taken with her solo single, ‘Naked’. Then there was her eponymous album from which the gorgeous ‘Hanging’ won lots of support.

Now Ms Stevenson is back with a lovely, respectful cover of dear Luther’s ‘Never Too Much’. Now we know the song’s been covered and sampled dozens of times – but why not? It’s such a great, joyous, uplifting celebration of love – something we all need right now, and Erin does the song proud. It’s faithful to the original but with a contemporary twist that gives the tune just a little added jauntiness. It’s out now and worth investigation!