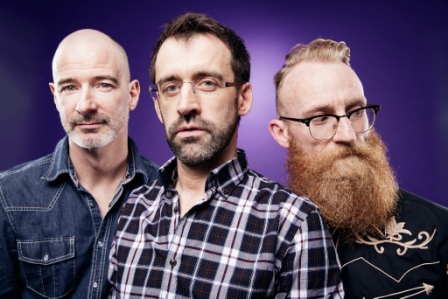 The NEIL COWLEY TRIO has just announced the upcoming release of new album and a Barbican show.

The album entitled ‘Touch & Flee’ will released on Naim Jazz on June 9th while the acclaimed band’s only London show of 2014 is pencilled in at the prestigious Barbican for October 3rd. The Trio are also planning more UK dates through the autumn, but no dates or venues have been finalised yet.

Cowley says that ‘Touch & Flee’ is his group’s “bravest, most daring album to date” and as ever Cowley is joined by Evan Jenkins on drums and Rex Horan on bass, for what they’ve been calling “our concert hall record”. The album was recorded at RAK studios with Grammy nominated Dom Monks in the producer’s chair.