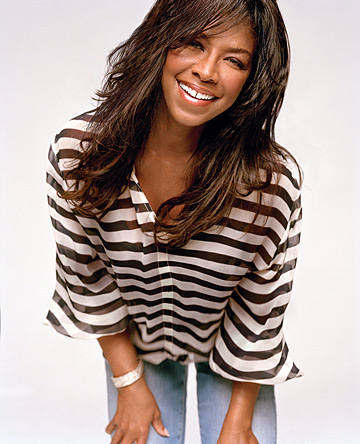 SJF is sad to learn of the death of Grammy-winning singer, NATALIE COLE, who died on Thursday 31st December 2015 aged 65. According to Cole’s PR representative, the singer – who had experenced health issues during the last decade and cancelled some recent concerts – fatally succumbed to congestive heart failure in a Los Angeles hospital.

The daughter of legendary singer and pianist, Nat ‘King’ Cole, Natalie Cole was born in Los Angeles in 1950 and, ironically, given her prodigious success as a singer – she notched up nine Grammy awards, scored six number one US R&B singles, and sold hundreds of thousands of records – didn’t set out to emulate her father and follow in his footsteps. “I was going to be a doctor,” she confessed to me in 2007 in an interview for Blues & Soul magazine, adding “I majored in child psychology.”

But music was undoubtedly in her DNA and perhaps it was no surprise that she eventually  became a singer, at first fronting a rock-soul band called Black Magic. But despite her father’s fame, it wasn’t easy breaking into the music business. At this time – the early ’70s – Cole was struggling with heroin addiction and by her own admission – as she described in her candid autobiography Angel On My Shoulder published in 2000 – was an unreliable and erratic performer. Eventually seeming to conquer her demons, she hooked up with budding Chicago songwriters/producers Chuck Jackson and Marvin Yancy  and with their help and musical input got signed to Capitol Records in 1975. Her success at Capitol was immediate – she scored two US R&B chart toppers in the shape of ‘This Will Be’ and ‘Inseparable,’ the latter the title cut from her #1 debut LP. A series of smash hits and blockbuster albums followed and established Natalie Cole as a soul music heavyweight in the late ’70s and she remained with the label until 1981.

In 1983 she joined Epic for one album and two years later cut an LP for Modern Records and although her record sales were diminishing she kick-started her career into life again by switching to EMI’s Manhattan imprint in 1987, scoring a big US crossover hit with the dance-oriented ‘Jump Start.’ More big hits followed for the label during the next two years including ‘Pink Cadillac’ and ‘Miss You Like Crazy (which became her sixth US R&B #1). A switch to Elektra in 1991 resulted in the hit crossover album, ‘Unforgettable With Love,’ an LP of duets with her father, Nat ‘King’ Cole, which yielded the Top 10 US smash, ‘Unforgettable.’  Cole stayed with Elektra through the rest of the ’90s and in the noughties ventured into jazz territory with 2002’s ‘Ask A Woman Who Knows’ for Verve before revisiting R&B music with 2007’s ‘Leavin” for the same label. In recent years, Cole had suffered from bouts of ill health and had undergone a kidney transplant in 2009. The same year she won her ninth and final Grammy for her album ‘Still Unforgettable.’

The singer’s family issued the following statement after her death: “Natalie fought a fierce, courageous battle, dying how she lived … with dignity, strength and honor. Our beloved mother and sister will be greatly missed and remain unforgettable in our hearts forever.”