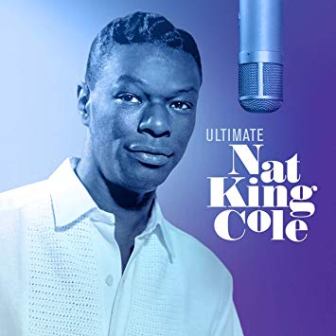 It’s probably not escaped your attention that 2019 marks the 100th anniversary of the birth of NAT KING COLE and amongst the many celebrations and events to honour the date, UMC have just released two lovely collections celebrating the art of this most elegant and iconic singer.

First up there’s a 21 track collection of Nat’s best known recordings – ‘The Ultimate Nat King Cole’. All the great songs are here including ‘Sweet Lorraine’… the first song he sang in public. Remember he began his career as a gifted pianist and, we’re told, that during one of his piano shows a customer asked him to sing; ‘Sweet Lorraine’ was the only song he knew … the rest is history.

Other featured Cole classics include ‘Mona Lisa’, ‘Stardust’, ‘Let There Be Love’, ‘When I Fall In Love’ and that most complex and enigmatic of songs, ‘Nature Boy’. Cole fans will have ’em all of course but for those wanting an introduction to the maestro this is perfect. For collectors there is, though, one “new” track – a “duet” between Cole and huge fan Gregory Porter on ‘The Girl From Ipanema’. Technology hey!

The second new Cole collection from UMC is a bit more specialised. Back in the day major record companies were keen to capitalize as much as possible from the music of their big stars. To that end they regularly had those stars record their biggest hits in foreign language versions to win sales in foreign markets. Capitol and Cole were no exception. So in August 1964 Nat went into the studios to record foreign versions of his biggest tunes – including no less than five versions of ‘L O V E’ – French, German, Spanish, Italian and Japanese! All those foreign language takes (including the five ‘L O V E’ s have been collected together on ‘International Nat King Cole’… and what a fascinating listen it makes , try the Japanese version of ‘Autumn Leaves’ to hear what I mean!

Ironically many of the songs (like ‘Autumn Leaves’) had begun as “foreign songs” translated into English. Here they make the return journey!