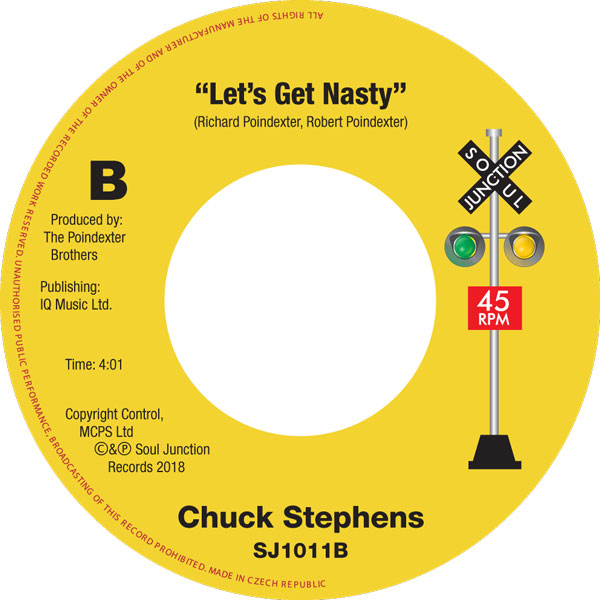 Soul man CHUCK STEPHENS hails from Buffalo, New York and began his career as a DJ. He eventually came to the attention of famed song writing/production team Richard and Robert Poindexter who took him into the studio to work on a single….. ‘Let’s Get Nasty’/ ‘Girl I Want To Make Love To You’ which was released on the East Coast label in 1975.

Two years later another Chuck Stephens single came out. This time ‘Coffee’/’Paying For Your Love’ was released on the Leo Mini label.

Neither 45 meant much Stateside, but in the UK, Blackpool Mecca DJ, Colin Curtis “discovered” ‘Nasty’ and regularly played it out. The cut became big on the scene and soon Stephens’ ‘Paying For Your Love’ was resurrected too. Both cuts remain hugely popular and highly collectable, so to oblige demand the nice people at Soul Junction Records have paired Chuck’s two best-known songs – ‘Let’s Get Nasty’ and ‘Paying For Your Love’ on one vinyl 45.

Easy to hear why both tunes have remained popular. Both are easy on the ear, uncomplicated, harmonic, catchy and classically soulful. Find out more @ www.souljunctionrecords.co.uk