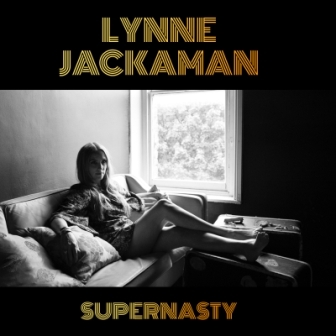 LYNNE JACKAMAN is a UK soulstress – from South London actually – and she’s busy right now putting the finishing touches to her debut LP – ‘One Shot’. The album was recorded in one of soul music’s spiritual homes – the FAME studios in Muscle Shoals. Though the set was produced by the UK’s Jamie Evans, the players included plenty of Southern soul legends – people like Spooner Oldham, Clayton Ivey, Bob Wray, Will McFarlane and The Muscle Shoals Horns.

Get the flavour of what Lynne has to offer via her current ‘Supernasty’ EP. Two of the mini album’s four songs are taken from the upcoming LP, while the other two are described as “exclusive extra tracks”. Not sure which is which but the immediate grabber is the brassy and brash title track – sounds like Beverly Knight at her early best. Elsewhere ‘Copy Cat’ is a Southern style soul/rock meander; ‘On Your Own Now’ is a plaintive, stripped down ballad while the fourth offering is an interesting, slowed down take on the Mark Ronson/ Miley Cyrus hit ‘Nothing Breaks Like A Heart’