NARADA’S BACK! NEW SOLO ALBUM AND EP FROM THE R&B UBER-PRODUCER 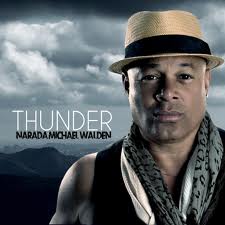 It’s been a long while since the Grammy-winning producer NARADA MICHAEL WALDEN released an album under his own name – in fact, it was back in 1988 when Michigan-born Walden last released a long player (‘Divine Emotion,’ whose title track was a US and UK Top 10 hit). Before that, in the 1970s, the former Mahavishnu Orchestra and Weather Report drummer was renowned for cutting anthemic dance records, such as 1979’s UK smash, ‘I Shoulda Loved Ya.’ But Walden put his own records on the back burner as his career as an R&B/pop producer exploded in the ’80s and ’90s with hits that he helmed for the likes of Whitney Houston (he produced her ‘The Bodyguard‘ soundtrack as well the chart-topping singles ‘How Will I Know,’ ‘I Wanna Dance With Somebody (Who Loves Me)‘ and ‘So Emotional‘), Aretha Franklin (‘Freeway Of Love‘) Mariah Carey, Diana Ross and Sister Sledge.

Now, after a 25-year hiatus, Narada is back with two new releases – a full album called ‘Thunder,’ and an EP titled ‘Rising Sun.’ ‘Thunder‘ is in essence a rock-inflected long player featuring fifteen new songs while ‘Rising Son‘ finds the producer/drummer re-working some of his older material – including the ’70s track, ‘Dance Of Life.’ Both titles are released by Walden’s own new label, Tarpan Records, which is named after his studio in California.