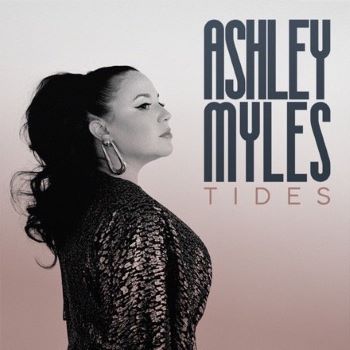 ASHLEY MYLES is an American singer/songwriter  who works out of New York City. There she says she “came of age” working in musical theatre.   She studied at the American Academy of Dramatic Arts and the Berklee School of Music for acting and performance lessons, respectively.  She also attended the Jazz Music Program at The New School for college. “I definitely learned stage presence from my theatre days, as well as storytelling through music,” Myles says.

Ms Myles is gearing up to release her debut  EP ‘Tides’ – a dramatic four tracker which she says is “about is about the cyclical nature of relationships….they ebb and flow, but ultimately we revisit similar themes in the various relationships we may have, whether that be with family, friends, or romantic partners. We often vow not to repeat the same issues that did not serve us well, and yet so often we get stuck in a pattern of doing just that.  ‘Tides’ explores how even with the will to move on from conflict and repair a relationship, sometimes there isn’t always a way.”

Heavy and deep indeed – reflected in the turbulent, dramatic  nature of the music. The track titles tell their own stories…’Bricks’, ‘Fire’, ‘The Storm’ and the ‘Tides’ title track. The poignant ‘Bricks’ is the standout. Vocally Myles delivers powerfully matching the messages in the music.

The ‘Tides’ EP is released March 25th. As a taster, the title track is good to go now… via Jazziz