MY ONE AND ONLY…. 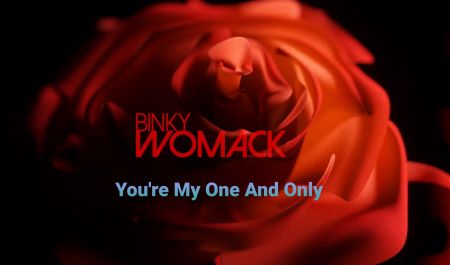 BINKY WOMACK is part of a legendary soul clan (the clue’s in the name!).  Specifically, he’s Curtis Womack’s son and, naturally, the nephew of Bobby Womack and his recent album ‘The Last Valentino’ (trading on his family’s old group name) won him plenty of fans.

On several of the LP’s key cuts Binky got close to reproducing the classic sound of Uncle Bobby – both vocally and in the guitar parts. Now one of those tracks…. ‘You’re My One And Only’ has been subtly reworked by Binky and just released as a single. Binky says that the song reminds us that love conquers all, especially at this challenging time with so much uncertainty in the world. If you’re a Bobby Womack fan you will want to investigate… it’s out now!