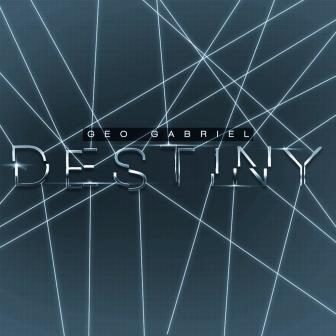 Previous to all that Mr G spent four years working with Bazil Meade, the founder of the world famous London Community Gospel Choir, responsible for recording the backing track of The Lion King’s ‘The Circle of Life.’

25 year old Geo (who, by the way, has a pharmacology degree) is now breaking out on his own and will be releasing his first single on 15th December – just in time for those big Christmas parties and club nights – and his tune – an uplifting ‘Destiny’ has the power to fill those festive floors! The beats are spot on the current modern soul vibe and though the tune is deceptively simple there are a few quirky moments – plenty to keep interest alive, feet tapping and heads nodding.

Geo Gabriel will be launching ‘Destiny’ @ The Joint, King’s Cross on December 15th.