MUSIC FOR OUR TIMES…. 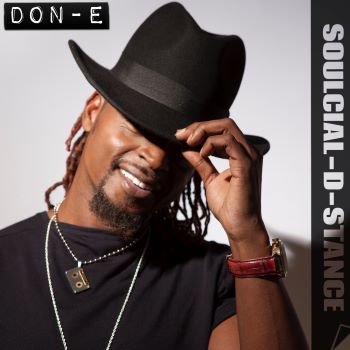 As far as we know, singer, songwriter, producer, DON-E was the first artist to offer a musical commentary on the pandemic and ensuing lockdowns. Back in April he issued his clever ‘I Soulation’ album and it offered his views on what was going on way back then. One of the cuts, ’Musta Be Love’ – a duet with Ruanne Duncan Jones – became popular on the modern soul scene and on soul radio.

In the ensuing months Don-E has been working on more crisis commentary and his new offering is a 7 track EP with another clever title – ‘Soulcial D-Stance’. Lyrically the music is even more focused on the situation with titles like ‘Lockdown Time Again’, ‘Mask Parade’ and ‘Isn’t It Craze-E’ and, right on point, ‘It Won’t Feel Like Christmas’.

Sonically the music is on the cusp on modern soul/hip-hop and offers tight beaters alongside sweet ballads and it’s all good to go now via Don-Es own web site.