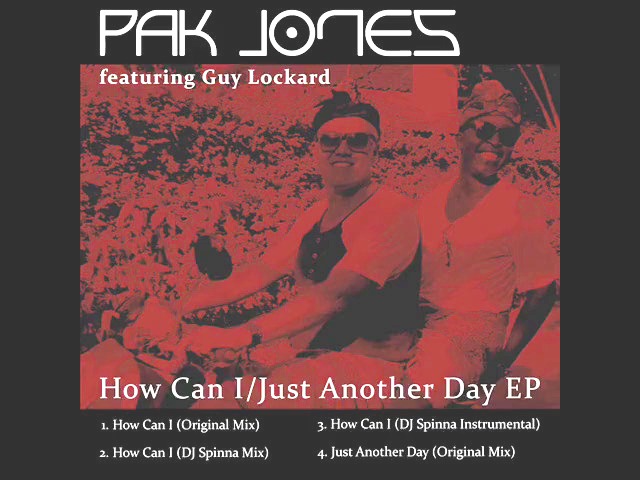 PAK JONES is a soulful house duo comprising long time collaborators, Martin East and Keys Snow Mabotha and their latest release is a hypnotic, deep groove called ‘How Can I’. To enhance the tune they enlisted New York singer Guy Lockard who just happened to be holidaying in Bali which is where Pak Jones were crafting their tunes.

To give the cut a lighter flavour the Jones gang then recruited DJ Spinna to work a remix. Clocking in at just over 8 minutes, his tweak is a smooth ride with a bubbling bass and some jazzy keys. Lockard’s vocal though remains the trump card.

Enjoy more of Lockard on the tune that completes the release –a cover of Jon Secada’s pop hit ‘Just Another Day’. There’s a hint of Afro and a garnish of Latino about it and you’d be hard pressed to match it up with Secada’s original.