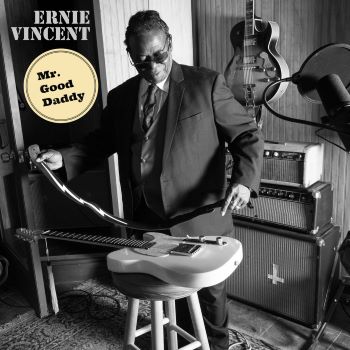 Back in October, old school New Orleans blues and R&B singer/guitarist ERNIE VINCENT announced the upcoming release of his latest album, ‘The Original Dap King’ via the single, ‘Possession’. It was a rough, organic semi spoken/semi sung vintage outing, which Ernie now follows up with ‘Mr Good Daddy’. This new one is also rough hewn but none the worse for that – authentic some would say. It  features plenty of Ernie’s biting guitar alongside some rasping brass.

‘Mr Good Daddy’ is out now and ‘The Original Dap King’ album is due January 13th. Oh, and that album title? Well, in 1972 Ernie and his then band, the Top Notes released a single called ‘Dap Walk’. Years later a certain, rather famous retro label took its name and inspiration from the track! Now you know!