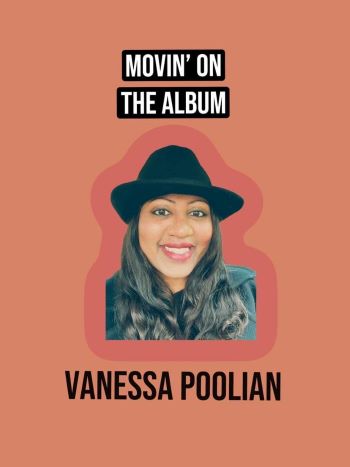 VANESSA POOLIAN hails from Manchester but is now based in Cardiff; she’s currently working on an album, due in 2022! The LP’s going to be called ‘Movin’ On’.

As a taster Vanessa has just released a single – a jazzy, soul meander ‘Keep Your Spirits High’. It’s an intriguing piece of work – a sort of duet between Ms P’s emotive vocals and a sultry horn that comes courtesy of jazz-funk legend Tom Browne!

The B side is a ballad, ‘Raise Your Hand’ while sneak previews reveal that the album title track is a gentle and soulful ballad. Her music collective features some top names like Anders Olinder (main keys player for PP Arnold) and also Frankie Tontoh (previous drummer for Amy Winehouse, George Michael and currently Craig David).