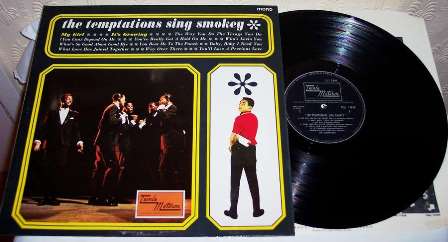 Motown’s 60th Anniversary celebration continues with the release of a special, limited edition ‘Motown In Mono’ vinyl series, featuring THE FOUR TOPS’ ‘Reach Out’ (1967), THE MARVELETTES’ ‘Sophisticated Soul’ (1968), THE MIRACLES’ ‘You’ve Really Got A Hold On Me’ (1963), DIANA ROSS & THE SUPREMES’ ‘Reflections’ (1968), and THE TEMPTATIONS’ ‘The Temptations Sing Smokey’ (1965).

The four LPs will be released on 8th November by Motown/UMC and all five albums are newly remastered from their original analogue master tapes by Kevin Gray at Cohearent Audio, pressed on audiophile-quality 180-gram vinyl, and packaged in deluxe Stoughton tip-on jackets.

Intriguingly ‘Sophisticated Soul’ has never before been commercially released in mono, and ‘Reflections’ was issued in mono in the UK only while ‘The Temptations Sing Smokey’ (considered one of the greatest soul albums of all time!) has long been out-of-print.