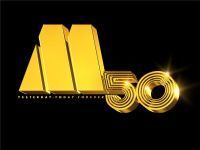 As previously reported on www.soulandjazzandfunk.com Motown will celebrate its fiftieth anniversary with the release of a special album compiled via a music fans’ internet poll. The idea was for Motown fans to select their favourites in order that the album would reflect public opinion. The poll, which ran for several months, has now closed and the results have just been announced with the top 50 choices making up a triple CD set to be released in January and – surprise, surprise… there are no surprises. MARVIN GAYE’S ‘I Heard It Through The Grapevine’ topped the poll worldwide with the next four being DIANA ROSS -‘Ain’t No Mountain High Enough’, THE SUPREMES – ‘You Can’t Hurry Love’, DIANA ROSS – ‘I’m Still Waiting’ and STEVIE WONDER with ‘Superstition’. Any music fan worth his soul salt could probably guess the other 45s… yes …’This Old Heart Of Mine’, ‘Tears Of A Clown’, ‘ABC’, ‘My Guy’, ‘My Girl’, ‘Reach Out I’ll Be There’, etc etc… However to create some real soul interest, the third CD in the set will contain ten ‘previously hard to find cuts’. … cover versions by Motown stars of classic pop and soul hits. So along with the voted-for top 50, you can enjoy stuff like STEVIE WONDER’S version of ‘Light My Fire’, a take on ‘Everybody’s Talking’ by THE FOUR TOPS and MARTHA REEVES & THE VANDELLAS’ reading of ‘I Say A Little Prayer’.