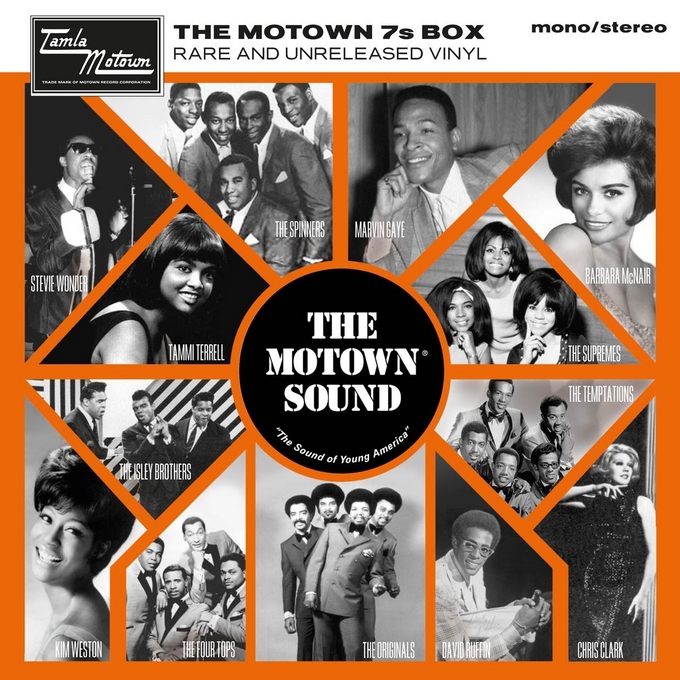 Motown collectors will be salivating at the prospect of UMC’s latest Motown project, curated by Northern Soul DJ, Richard Searling. Titled The Motown 7s Box, the set is a strictly limited edition (2,200 copies only) collection of 14 Hitsville rarities from the vaults that are mostly making their debut on vinyl.

Says compiler Richard Searling: “Of all the many compilation projects I have initiated over the past 30 years, this one gives me more pleasure than any. As these previously unheard Motown delicacies were being found in the vaults over the last decade, they have all made it onto CD, but for collectors like myself, Motown means vinyl, and to be able to hear and see these brilliant recordings spinning around on our turntables now will be fantastic! I’ve put together the selections with loving attention, aimed to capture the uptempo Northern Soul sounds, and the more delicate late ’60s /early ’70s crossover sound of Young America that is also so popular. As for the artists, well how could I fail, it was like being a young kid allowed in the candy store ….we have the sensual soul of David Ruffin, Stevie Wonder, the Four Tops and The Supremes…the dance floor dynamite of The Originals, Chris Clark, The Temptations, the magnificence of The Isley Brothers , and let’s not forget that we also have a legal reissue of the £25000 valued Frank Wilson 45, “Do I Love You.”

SINGLE 2: Frank Wilson – Do I Love You (Indeed I Do)/The Originals – Suspicion

SINGLE 4: The Four Tops – Clip My Wings/Tammi Terrell – All I Do (Is Think About You)

SINGLE 6: The Temptations – Forever In My Heart/Kim Weston – You Hit Me Where It Hurt Me

THE MOTOWN 7s BOX IS RELEASED ON NOVEMBER 25TH VIA UNIVERSAL MUSIC CATALOGUE.