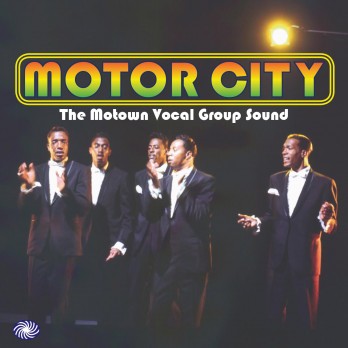 The archive and reissue labels do a great service to serious record collectors and over the years, FANTASTIC VOYAGE has released some real corkers but their latest 3CD collection. ‘MOTOR CITY… THE MOTOWN VOCAL GROUP SOUND’ is probably their best.

The set collects together a massive 89 tracks from the early catalogue of Motown and other associated labels like Anna and Tri-Phi and as the title suggests the focus is the sound of the male vocal group and in Motown’s garlanded history there’s none bigger than the Temptations. The Tempts are represented by five tracks, two from their spell at Miracle and three of their early Gordy outings. You also get the Pirates with ‘I’ll Love You Till I Die’. Motown collectors, of course, know that “The Pirates” were actually the Temptations, trying to score a hit under an alias! And speaking of the Temptations, one of the most sought after tunes here is ‘I’m In Love’ – a 1961 Anna release from a certain David Ruffin. The sultry ballad isn’t a million miles from the early sound of the Temptations and you can almost hear Ruffin struggling to find his own sonic signature. Here, he’s also featured on three cuts by Ty Hunter and the Voice Masters who also featured C P Spencer, Freddie Gorman and Lamont Dozier!

Other featured groups include The Miracles, The Satintones, The Valadiers, The Contours and the Spinners whose contributions are from their Tri-Phi days with some of the tracks featuring their mentor and label owner, Harvey Fuqua.

Fuqua’s not the only backroom boy to get a look in. The album begins with a real rarity… ‘Whisper’ from Marv Johnson and the Rayber Voices. The Rayber Voices were none other than Raynoma Gordy and her then husband, Berry! The single was the very first outing on Tamla (Tamla 101 and also leased to United Artists) and one of the few Motown records to feature the voice of the boss… and it’s just one of the oddities that this excellent compilation throws up