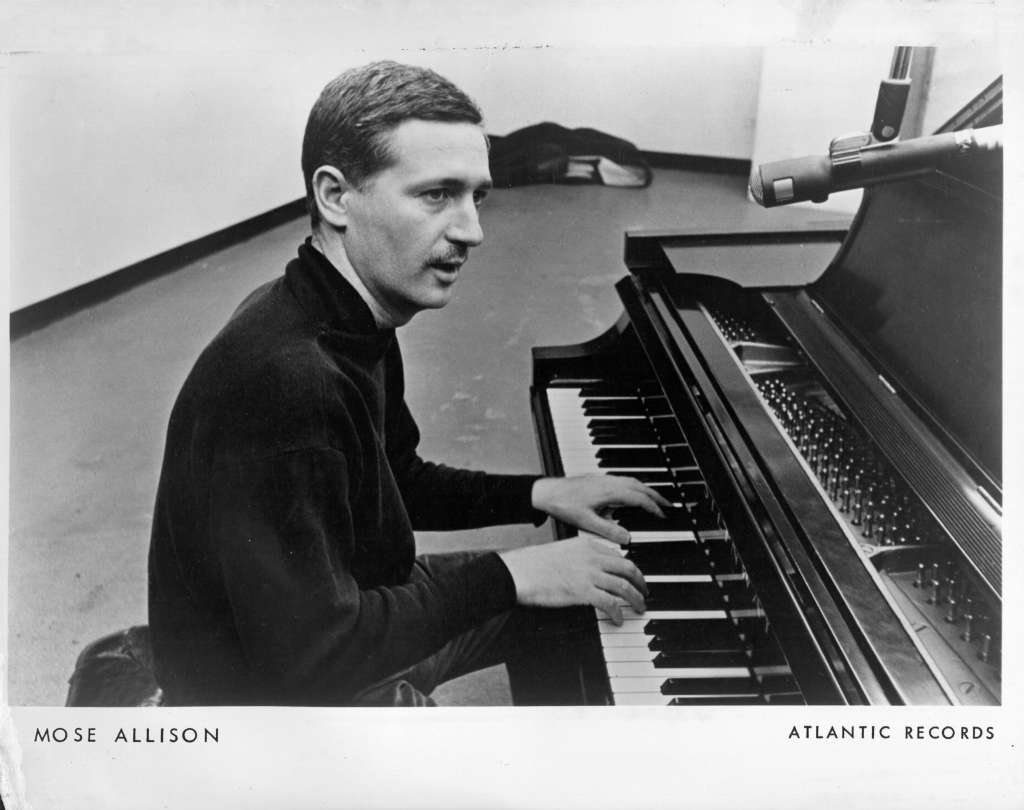 The legendary blues/jazz singer/songwriter MOSE ALLISON died, yesterday, Tuesday 15th November. He was aged 89 and passed at his home in Hilton Head, South Carolina. His death was confirmed by the singer and songwriter Amy Allison, his daughter.

Mose Allison was born in the rural community of Tippo, Mississippi in 1927 and as a boy worked the fields on his family’s cotton farm. The local area was rich in blues heritage and we’re told that as a youth, young Mose regularly hung out at the local gas station just to play the jukebox. Clearly a music career beckoned. Quickly learning piano and trumpet, young Mose went on the road to follow his vocation… a path interrupted by a stint in the forces and a period of study at Louisiana State University.

By the mid fifties Mose was in New York where he worked with Al Chon and Stan Getz. In 1957 he signed with Prestige Records and débuted with ‘Backcountry Suite’… a series of blues piano pieces. On one cut, ‘Blues’ (later renamed ‘Young Man Blues’) Allison also sang in a voice that both surprised and enchanted listeners. Encouraged by others, he began to feature vocals more and more and with that unique voice, along with his clever, sardonic compositions and quirky re-working of others’ songs, he established himself as major name on the 60s jazz/blue scene.

Over a long career Mose Allison recorded for a number of labels, most notably Atlantic and Columbia/Epic. His influence was immense…. especially in the UK, where, oddly for the time, all his albums won UK release. Most 60s beat groups at the bluesier end of the spectrum featured Allison songs in their sets while in the 70s both Elvis Costello and the Clash were Allison advocates. Rock fans will also know that Allison’s ‘Young Man Blues’ was the opening track on the Who’s ‘Live At Leeds’ LP.

However, Mose Allison’s biggest advocate was Georgie Fame. The veteran UK jazz man always acknowledges his  debt to Allison and still features his songs in his shows. In 1996 Georgie collaborated with Van Morrison and Allison himself on an album of Allison originals, ‘Tell Me Something’.

With a sad synchronicity Ace/BGP have just issued a Mose Allison retrospective. The album covers the years 1957-1971 and serves as an excellent introduction to a hugely influential musical one-off!