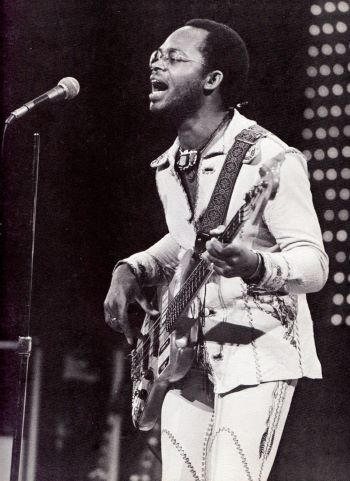 Morris “B.B.” Dickerson, founding member of War, died on Friday April 2nd. He was aged 71 and passed away at a Long Beach Hospital. No cause of death was given but it’s known that he’d been ill for some time.

Born in Torrance California, Dickerson mastered the bass guitar at a young age and played in a band called The Creators with his uncle, Howard Scott.  When Scott was drafted for the Vietnam Wat, the band split but on his return, Uncle Howard joined up with The Nightshift and his nephew was drafted in on bass. The group eventually morphed into War and with ex Animals’ frontman Eric Burdon, they launched a long career with ‘Spill The Wine’.

Dickerson stayed with the band till 1979. During his tenure he co-wrote songs like ‘The Cisco Kind’, ‘Why Can’t We Be Friends’ and ‘Low Rider’ while his is the lead voice on ‘The Word Is A Ghetto’. Rock and roll legend also has it that Dickerson was on stage with War in London in 1970 when Jimi Hendrix joined them onstage. It was to be his (Hendrix’s) last performance.

War released 12 studio albums during Dickerson’s time He reunited with the other founding members in the 90s under the name the Lowrider Band. The name change was a way of circumventing manager/producer Jerry Goldstein, who owned the rights to the band name “War.”

Dickerson is survived by his mother, his uncle and his children.