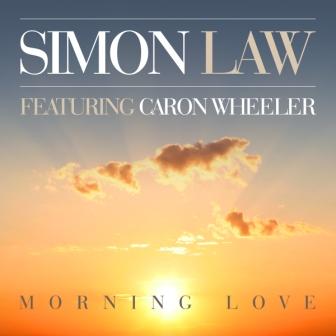 UK soul label, DOME RECORDS is currently celebrating its 25th anniversary…. and to commemorate the auspicious occasion they issued a wonderful 50 track compilation. Naturally the album focused on some of the label’s big moments and memorable cuts; there was, though, one brand new recording…. ‘MORNING LOVE’ from SIMON LAW and CARON WHEELER.

Soul anoraks will know that both Simon and Caron are Soul II Soul alumni. Simon was a key member of the collective, co-writing their two Grammy-winning songs ‘Back To Life (However Do You Want Me)’ and ‘African Dance’. He worked on all their albums except one, producing and co-writing many of their UK hit singles and he still performs regularly with the band. Vocalist, Caron, is of course a pioneer of the British soul scene. She worked with Brown Sugar and Afrodiziak before contributing to Soul II Soul’s greatest achievements.

The catchy ‘Morning Love’ – a wonderful, spring vibe- has now been released as a single and we’re told that it’s one of the focus cuts on Simon’s upcoming album, ‘Look To The Sky’ which is set for a June release. Caron is one of the album’s guests alongside people like Jazzie B, Maxi Priest and Chante Moore,