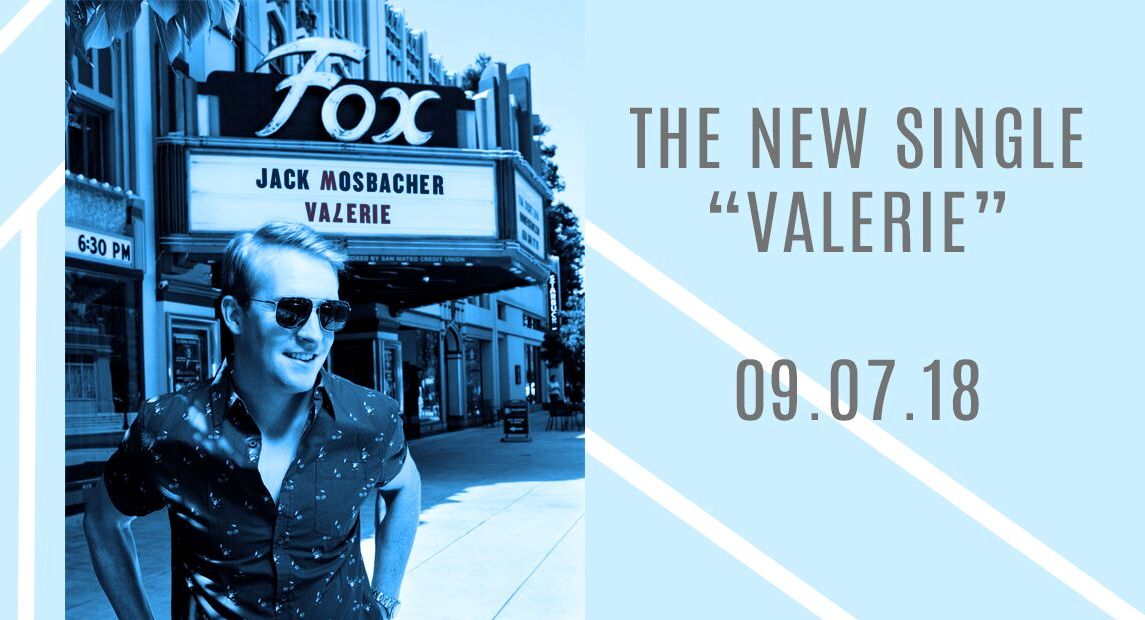 The Zutons’ ‘Valerie’ is one of modern pop’s most enduring tunes. The Liverpool band penned and recorded the song (replete with imagery of the great River Mersey) in 2006 and since then it’s been covered countless times – most famously of course by Mark Ronson and dear old Amy Winehouse.

Now the song’s with us again, this time courtesy of San Francisco blue eyed soul man JACK MOSBACHER who impressed us earlier this year with his ‘Whynot’ EP – a heartfelt tribute to one of his heroes…. the mighty David Ruffin.

Jack’s new version of ‘Valerie’ doesn’t stray too far from the Ronson/Winehouse template but young Mr M fairly lets rip, particularly towards the end. He says: “It’s my favourite song to sing and perform, and I’m so proud of our Motown-style recording produced by the incomparable Michael Eisenstein.”

JACK MOSBACHER; ‘Valerie’ … is out on Sept 7th