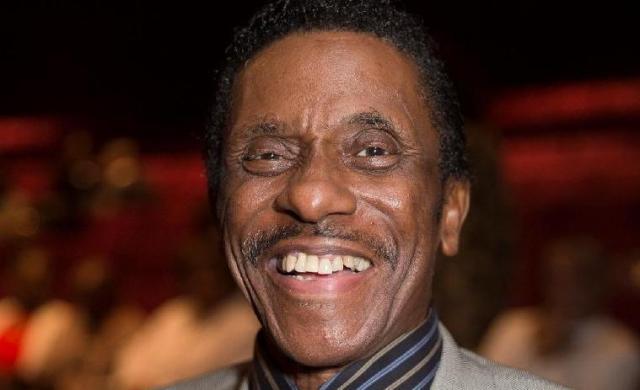 It’s being reported that in the last few days two more soul men have sadly died – WILLIE FORD (above) of the Dramatics and JOHN GARY WILLIAMS of Mad Lads fame.

Details of Ford’s death are sketchy save that he was aged 68 but his friend, singer, writer and producer, Michael Henderson has posted that Willie had recently undergone surgery.

Willie Ford was a founder member of the Dramatics and it was his booming bass voice that provided the bottom notes to their legendary harmonies. Indeed many soul commentators believe that in the basso profondo department Willie was second only to the great Melvin Franklin of the Temptations.

The Dramatics of course enjoyed numerous hits and their ‘Whatcha See Is Whatcha Get’ remains a true soul classic. Like most groups, the Dramatics underwent numerous personnel changes often causing disputes. In 2010 after lead singer Ron Banks died, there was a major dispute over who had the rights to use the group name. In the end two groups claimed to be the “real Dramatics” – one led by L. J. Reynolds and another led by Ford.

John Gary Williams (above) died yesterday, Tuesday, May 28, at his Memphis home. He was 73 and as with Willie Ford few details are available save that he had had throat cancer. Williams was a founder member of the Mad Lads who, though, never major leaguers, enjoyed a decent run of hits on the Stax subsidiary Volt. Oddly (or not) Williams had a sabbatical from the group when he was drafted to fight in Vietnam and for a time in the 70s he worked as a solo artist. Prior to that in the mid 60s he was a vocal political activist. Indeed in 1968, Williams was charged in connection with the wounding of a Memphis police officer during a demonstration.

John Gary Williams was the last surviving member of the original Mad Lads .