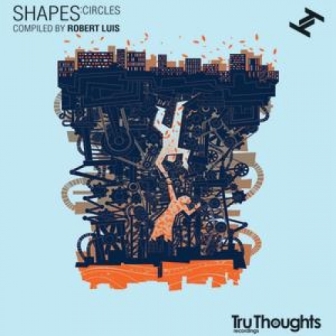 The TRU THOUGHTS label is all set to unleash its latest ‘Shapes’ compilation. This new and eagerly awaited round-up of the esoteric label’s catalogue is dubbed ‘Circles’ and will be available from August 26th.

Compiled by label boss ROBERT LUIS, the 2CD, 30 tracker offers the best of the Tru Thoughts’ current crop – but there’s also a handful of new remixes and a smattering of exclusives including a newie from new signing TIEKNOTS and ‘Let It Be’ – a cut from hotly-tipped, rising, alterative soul star HARLEIGHBLU.

Other top soul cuts include THE BAMBOOS’ ‘Where Does The Time Go’ (featuring ALOE BLAC) and and THE HOT BRASS BAND’S acclaimed cover of THE SPECIALS’ ‘Ghost Town’.

SHAPES; CIRCLES is released on Tru thoughts on 26th August. It comes in a 2CD pack as well as in double vinyl LP format.