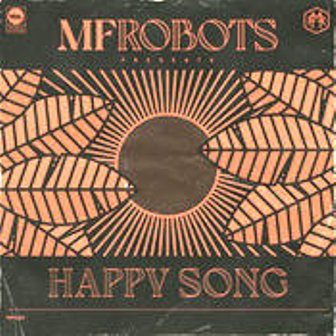 Last month MF ROBOTS (the pairing of ex Brand New Heavies Jan Kincaid and Dawn Joseph) released the single, ‘Happy Song’, a light and lovely percussive Latin-tinged outing. Released on bbe Records, we were told it was the first taster for an album – ‘Break The Wall’, due Spring next year.

Kenny Dope is a long time collaborator with Kincaid, having mixed several Brand New Heavies’ tunes in the past when he was half of Masters At Work. What he produces here is classy, proper, old school soulful house mix… but you’d guess that! anyway!

Kaidi Tatham & Daz-I-Kue come from the UK broken beat scene via Bugz in the Attic and they bring a new perspective to the Robots’ ‘Happy Song’ but, like Kenny, they keep the Latino tones.

The news mixes come in the usual extended and radio edits as well as instrumentals – so there’s plenty to shoot at when they’re let loose on bbe on September 25th.