MORE OF THE BLIND BOYS…. 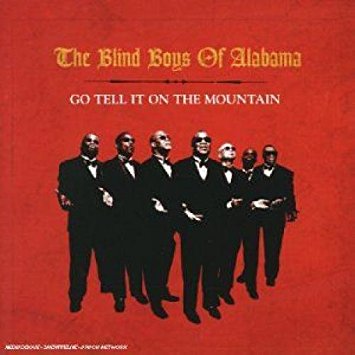 First up there’s ‘Go Tell It On The Mountain’…. by general critical consent, one of the best soul Christmas albums of all time. The 12 tracker was originally released in 2003 and the mix of traditional hymns and holiday songs features the Blind Boys’ signature sound augmented by guest cameos from people like Solomon Burke, Mavis Staples, George Clinton and Les McCann. Justifiably the long player won a third Grammy for the Blind Boys.

This new reissue comes with the bonus of three extra tracks… live versions of a trio of the tracks recorded in situ at New York’s Beacon Theatre.

The second Blind Boys reissue offers a bonus packed version of 2005’s ‘Atom Bomb’ album. With a guest appearance from Billy Preston (recorded just before his death) the long player mixes traditional gospel with songs like ‘Spirit In The Sky’ and like the Christmas album reissue there’s also an extended essay amongst the liner notes.