MORE OF GEORGIE B… 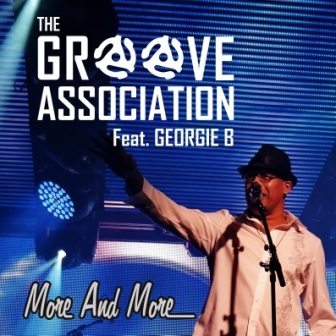 Just in time for the festive season GEORGIE B and his GROOVE ASSOCIATION have just launched their latest long player – ‘More And More’. Despite a 40 year career in which genial Londoner Mr Bromfield has collaborated with people like Womack & Womack, Bobby Womack, Joe Sample, Wilton Felder, Jean Carne, Maze, Rod Temperton and Paul Weller, ‘More And More’ is only his band’s fourth album… George clearly believes in quality, not quantity!

And that’s what you get here. Across the set’s 15 grooves there is plenty of modern soul quality typified by the slinky title track which features George on lead vocals supported by some sweet gospel tinged harmonies and a jazzy sax break.

Amongst the other highlights are the solid mid-tempo, ‘Friends’ and the melodic ‘Two Hearts’ where the vocals weave between sweet brass figures. Georgie won’t mind us saying that this is a mature kind of modern soul….. proper grown up soul crafted by someone who really understands and loves the genre.