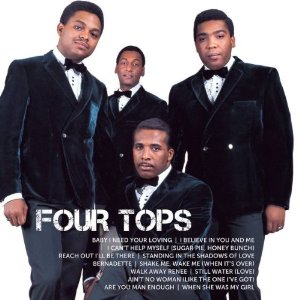 The Motown reissue machine grinds on with two great anthologies on a pair of the label’s most enduring groups – THE FOUR TOPS and MARTHA and the VANDELLAS. May sees the release of 50th anniversary collections on both groups and each pack will come as 3 CD box set.

THE TOPS’ collection spans the years 1964 – 1972 and features all the A and B sides of all their Motown singles. As with all packs like this there are bonuses too. Here you can enjoy Italian versions of some of the biggest hits along with singles that were only ever issued in the UK.

THE VANDELLAS package covers the years 1962 – 1972 and, once again, all the girls’ A and B sides are in there. The bonus cuts, though, will be vital to collectors. Included are 27 previously unreleased tracks – some finished and remixed by DEKE RICHARDS of Motown’s “Corporation”. The work was the last major music project that DEKE worked on before his recent death.