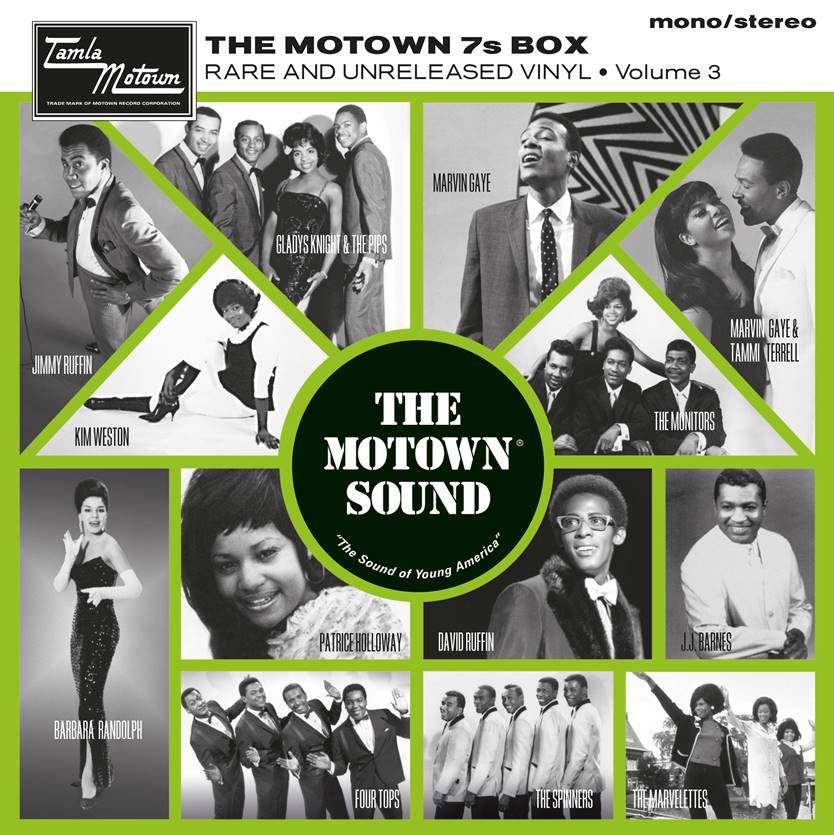 Time was when soul fans in general and Motown collectors in particular were regularly treated to plenty of special releases … the reissue of long lost gems and the first time release of precious never before issued cuts. Over the last several months, things on that front seem to have slowed down, but in September we’re promised that things will get back on track!

September 23rd sees the release of the third limited edition 7″ Motown box set which will feature seven discs and fourteen tracks that have all been long in demand by collectors. The set’s been put together by Richard Searling and amongst the treasures are Patrice Holloway’s ‘Touch Of Venus’, David Ruffin’s’ ‘It’s Gonna Take A Whole Lot Of Doin”, The Spinners’ ‘Head Over Heels In Love With You Baby’ and Marvin Gaye’s version of the Tom Jones classic ‘It’s Not Unusual’.

We’ll have a full review just as soon as we have the music!