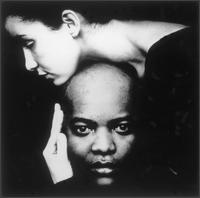 For soul fans of a certain vintage one of the biggest events of recent months was the reissue of YO YO HONEY’S 1991 ‘Voodoo Soul’ long player. It had been out of print for just too long and the new issue was re-energised with great new mixes of ‘Groove On’. The YO YO crew are currently working on new material but in the meantime main man MANI SHONIWA has remixed another of the old cuts – the coolly enigmatic ‘Yoyo’.

The re-tweaked tune will be available on the band’s own Black Sugar Music label at the start of May, but sneak previews indicate an almost BARRY WHITE soundscape – sensual and insistent, over which vocalist ANITA JARRETT coos as seductively as ever. There’ll be two mixes with little to choose between them… both are laid back and flute-filled, gentle and insidious.