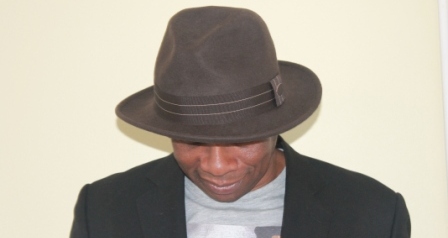 UK soul man DEE MAJEK … “KEJAM” is one of the hardest working men in the whole soul biz. In July he’ll be releasing a brand new EP while a new album’s also on the way, The Japanese LP, ‘Majek’, will round up many of his best cuts from the last few years.

The upcoming EP is called ‘Rebirth’ and the key cut is the percussive, jazzy ‘Fly Free’. Cleveland Jones handles the vocals with his usual soulful aplomb and Dee is particularly proud of the song and its sentiments… it’s dedicated to his father who died recently.

Also winning attention and airplay is the gentle and insistent ‘When It Rains’ and if you’re not yet convinced, then with this you’ll realise that Kejam is a premier league producer and Cleveland Jones is a soul man par excellence.

Mr Jones’ sublime tones are also out there on ‘Never Listen’ – the only new song on the ten tracker that will be the Japanese album ‘Majek’. Dee says that the cut is “the best song that Anita Baker never made”… and you know I wouldn’t argue with him. ‘Never Listen’ is a Quiet Storm gem with all the slinky, sensuality of the best of Anita Baker.

Kejam’s ‘Rebirth EP’ is out 4th July and we’ll bring you news of the album just as soon as we know more!