MORE HOT ONES FROM HOLLAND 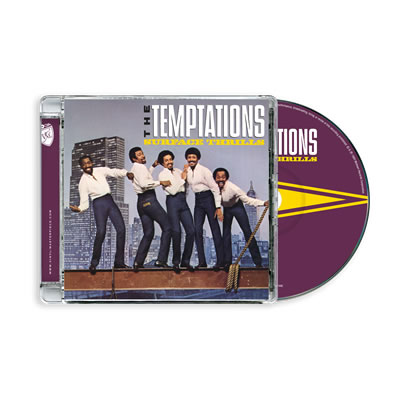 Dutch reissue specialists, Vinyl Masterpiece, have just released a new batch of nine collectable ’70s and ’80s soul titles on their own PTG imprint. There are two albums by TAVARES – 1977’s ‘Love Storm‘ (including the US R&B hit, ‘Whodunit’) and ’78’s ‘Future Bound‘ (which includes the band’s soulful take on the Bee Gees’ ‘More Than A Woman’; two albums also by T-CONNECTION, 1981’s ‘Everything Is Cool‘ and ’84’s ‘Take It To The Limit‘; also reissued is a brace of early ’80s albums by vocalist, PEABO BRYSON, that were originally released via Capitol – namely ‘I Am Love‘ (1981) and its follow-up, ‘Don’t Play With Fire‘ (1982). The set also includes one album each by the mighty TEMPTATIONS (the group’s underappreciated Motown album from ’81, ‘Surface Thrills‘), and the COMMODORES (the group’s tenth studio album, 1980’s ‘Heroes‘ for Motown when Lionel Richie was still with the group and which included ‘Old Fashion Love’ and ‘Jesus Is Love’). The final album in the batch is by a more obscure band – XAVIER, a funk outfit led by Ernest ‘Xavier’ Smith who recorded their 1981 LP, ‘Point Of Pleasure,’ for Liberty Records.