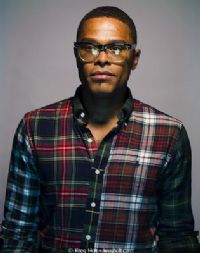 www.soulandjazzandfunk.com‘s US networkers have just mailed us all the latest news from the Stateside soul scene. Here’s the best of it… Biggest recent soul surprise was the appearance of MAXWELL at the 8th Annual BET Awards. He took part in an AL GREEN tribute starting speculation that something’s imminent from the Urban Hang Suiter… better than his modeling for Gap. …US rumors suggest that JANET JACKSON wants to put a muzzle on boyfriend, producer JERMAINE DUPRI. She couldn’t believe her ears when he announced that they would be starting a family after her world tour. Since teaming up with DUPRI, she has not had the musical success she is used to. Her album sales for her latest CD, ‘Discipline’, were so bad, she won’t be able to tour Europe as originally planned. JACKSON has not been happy, and she is doing her best to salvage her career. She is planning to launch a lingerie line, and she’s just signed a deal with MTV to do a reality show. In the show, JACKSON will be mentoring young singers and dancers, all leading up to her tour. With her career in peril, the last thing she is thinking about is a baby and she’s also shouldering major responsibilities looking after the rest of the family. … JILL SCOTT, it seems, is planning a trip down the aisle. SCOTT recently announced her engagement to drummer JON ROBERTS. He’s the young drummer who plays in her band. This will be the second marriage for SCOTT. She divorced her first husband last year. … BEYONCE will be seen in a couple of movie projects next year. She will be featured as singer ETTA JAMES in the movie ‘Cadillac Records’, and she will be starring in the thriller ‘Obsessed’ with IDRIS ELBA. Filming is currently underway in California. … Get well wishes, from all UK soul fans, to SCOTTY of THE WHISPERS, who recently was taken ill during a concert in Philadelphia. A heart attack has been diagnosed. … It was a special night for NEW EDITION at the recent Rhythm And Soul Awards. To mark 25 years in the music business, they were awarded The Golden Note Award. This prestigious honour is given to songwriters, producers, musicians and artists who have made major contributions to the music world. The guys said it was quite an honor to get the award. All six members of the group were on hand, including BOBBY BROWN, who appeared to be the most excited of the group. He was jumping up and down, dancing and actually kissed the award when it was handed to him. When he attempted to bump and grind on the stage, he was politely escorted off to take pictures. When the other guys were asked to comment on BROWN’S behavior, they just smiled and said…. “That’s Bobby”. …After an eight year absence, singer D’ANGELO is ready to come back. He’s currently in the studio working on a new project due out early next year. D’ANGELO has been teaming up with JOHN MAYER and RAPHAEL SAADIQ of TONI TONE TONY fame. The past eight years have been rough for the singer. He was almost killed in a car accident, and he has had numerous run ins with police over his drug use. … … and finally fire has swept through the home of KELVIS ‘Clyde’ DUFFIE of KLOUD 9. DUFFIE says, “It just went up in flames and my wife almost didn’t make it out, but as long as we stick together and pray together we’ll be fine.“… AMEN