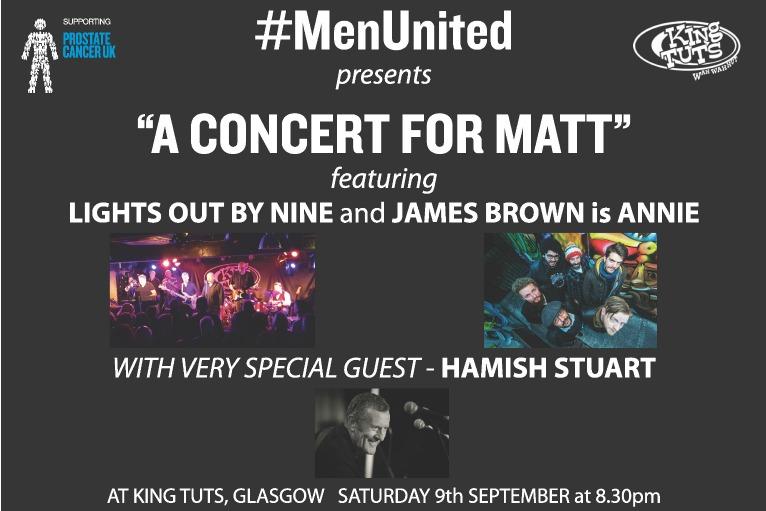 Fans and followers of HAMISH STUART (Average White Band, the 360 Band and much, much more… see our interviews archive) might be interested to learn that the great man will be making a very special appearance in Glasgow on Saturday 9th September.

The event is a very special gig in aid of Prostate Cancer UK/Men United and the focus is to celebrate the life of musician Matt Irving who was in the Dream Police – with Hamish Stuart. Matt sadly died in 2015 shortly after working on the charity’s album ‘Gift from Men Utd’ album with Hamish.

The evening is a celebration of funk, soul and rhythm and blues, with Scottish funk and soul bands Lights Out By Nine and James Brown is Annie both featuring Hamish as a guest performer and we’re promised that he’ll perform some of his classic AWB tunes.

It happens at the famous King Tuts in Glasgow on Saturday 9th September.