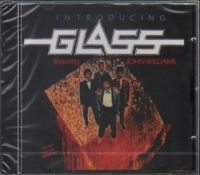 Northampton’s Funky Town Grooves label (FTG) has just resurrected some more forgotten ’80s albums on CD. Pick of the latest bunch is ‘Spank You!’ by the 10 piece US funk band, SPANK, featuring the soulful lead vocals of Eddie Greene. It features some strong ’80s boogie tunes, among them ‘Oh Baby,’ ‘You’ and ‘Classy Lady.’
Bass player and singer, John Davis, was a member of SPANK and in 1984 he cut a solo album in the guise of J. D. (PUMA) LEWIS called ‘Shake It – Make It Loose.’ The set – packed with boogie-era dance grooves like ‘Dancing Shoes’ and ‘Sexy High School Lady’ – is now back on the shelves again and includes a couple of bonus cuts from the singer’s 1984 album, ‘Destination Earth,’
Also noteworthy from the FTG label is UK soul man KENI STEVENS’ 1989 set, ‘Living On The Edge,’ which gets resuscitated after being out of print for many years – Stevens’ previous two ’80s album, the mellow ‘Blue Moods’ and ‘You’ are also available on FTG Records.
Getting a new lease of life too is the 1983 album, ‘Introducing Glass,’ by the Time/Prince-influenced minimalist electro funk outfit, GLASS, led by singer John Williams.
Much more soulful is ‘Pixie Dust,’ the 1984 long player originally cut for the Sounds Of Florida label by the 7-piece Windy City US group, WRECKIN’ CREW. The danceable title track was a US R&B chart entry in 1983. Mixing bedroom ballads with funky uptempo tunes, the 8-track set is bolstered by two bonus tracks; 1980’s ‘Cruisin’ With The Crew’ and 1982’s ‘Chance To Dance’ (the latter a US R&B chart entry).
Later in the year, FTG intends to reissue JANICE McLAIN’S self-titled MCA debut from 1986 and GENE VAN BUREN’S 1982 Motown album, ‘What’s Your Pleasure.’ Both reissues will be keenly anticipated by soul collectors.

For information on these releases go to www.funkytowngrooves.com