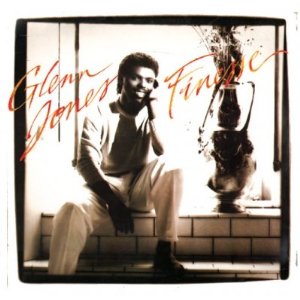 The Northampton-based reissue label Funky Town Grooves (FTG) has just released a batch of fascinating titles that should be of interest to ’70s and ’80s funk and soul fans.

‘Finesse,’ the debut album by singer GLENN JONES – originally issued on RCA in 1984 – is arguably the pick of the bunch. Not only is the FTG version digitally remastered but it includes three bonus cuts – among them the 12-inch single versions of ‘Finesse’ and ‘I Am Somebody’ (the latter was the Florida-born singer’s first Stateside hit).

For disco-soul aficionados, FTG has also reissued ‘Hot Butterfly,’ the 1977 album by GREG DIAMOND’S BIONIC BOOGIE. The set includes the classic title cut featuring a young Luther Vandross on lead vocals, as well as the club favourite ‘Cream (Always Rises To The Top).’ Other stellar contributors to the record include Cissy Houston and David Lasley.

From the same timeframe are the albums ‘We’re All In This Together’ and ‘Milky Way’ by New Orleans’ funk and soul aggregation, CHOCOLATE MILK. Both sets can be found on a new FTG ‘twofer,’ which features the group’s biggest US R&B hit, ‘Girl Callin’.’

Another FTG 2-on-1 release is a set by NEW HORIZONS, a family group from Dayton, Ohio. The group’s 1983 Columbia album ‘Something New’ – featuring their solitary US R&B hit, the Zapp-style funk workout, ‘Your Thing Is Your Thing’ – is included alongside 1984’s follow-up, ‘Gonna Have Big Fun.’ Both sets were produced by Roger Troutman.

More 2-on-1s from FTG come from keyboardist MICHAEL WYCOFF – comprising the RCA albums ‘Come To My World’ (1980) and ‘On The Line’ (1983) and featuring the US chart entries ‘Feel My Love,’ ‘One Alone’ (with vocals from Merry Clayton) and ‘Tell Me Love’ – and the SKOOL BOYZ (a CD comprising the trio’s mid-’80s albums ‘Skool Boyz’ and ‘This Is The Real Thing’).

‘Do You Believe In Music,’ the 1979 RCA album by the New York group, WAX, is also reissued via FTG (it includes the group’s only US smash, ‘Get Loose’), along with the self-titled Arista album from 1981 by MADAGASCAR. The group’s two biggest tunes – ‘Baby Not Tonight’ and ‘Rainbow’ – are the standout cuts.

Look out for reviews of some of these titles soon at SJF. For more information, go to www.funkytowngrooves.com