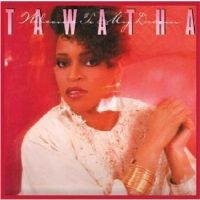 Northampton’s Funky Town Grooves label – a great source of ’80s soul and funk titles new to CD – has just unleashed a new batch of collectable reissues. Pick of the bunch is ‘Welcome To My Dream,’ the 1987 album – and her only one to date – by famed session singer and former Mtume member, TAWATHA AGEE. Originally released on Epic and helmed by former Miles Davis percussionist and record producer James Mtume, it’s remastered from the original master tapes and contains the single ‘Thigh Ride,’ the glorious ballad, ‘Did I Dream You,’ and includes two 12-inch single bonus cuts.
Funky Town Grooves has also reissued the late CARL ANDERSON’S 1985 Epic album, ‘Protocol’ – which includes three bonus cuts, including the UK remix of ‘Let’s Talk’ – and ‘Loc It Up,’ also originally issued by Epic in 1985, by the funk and soul trio, BMP.
For more information on these titles go to www.funkytowngrooves.com
Look out for reviews soon at www.soulandjazzandfunk.com