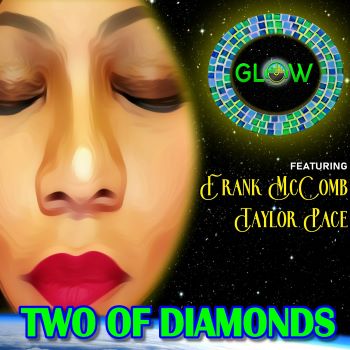 Hot on the  heels of their early July single, ‘Give It Up’, GLOW (GIFTED LEAGUE OF WRITERS) are releasing a new single – a moody, soulful, jazzy slow/mid-tempo ballad, ‘Don’t Wanna’. Written and  produced by Dawn McGhee , along with co-producers, Norman Barrett and Ahmed Sirour, it showcases the talents of musicians like Grammy Award Winning and nominated Bobby Sparks II, Maurice ”Mo Betta” Brown, Lil John Roberts. Like those great tracks of yesteryear, it’s offered in two parts with part two being a lazy, fade out jam

The star of the show, though, has to be  the presence of a certain Frank McComb on vocals and piano. His distinctive voice adds an obvious  Donny Hathaway feel to the tune while his keyboard mastery is apparent as the tune stretches into its second part. We believe that it comes as a “Two Of Diamonds” package  along with the aforementioned ‘Give It Up’, the point being that on ‘Don’t Wanna’ what they don’t want to do is ‘Give It Up’! Geddit?  Out now!