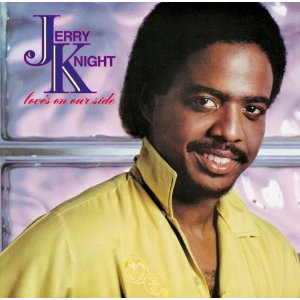 The redoubtable continental reissue specialist, Holland’s Vinyl Masterpiece and its PTG imprint, has just revived some collectable ’80s soul and funk titles on CD. Pick of the bunch is ‘On Target,’ the 1983 RCA album by the Philly songbirds, THE JONES GIRLS. The set was co-produced by Fonzi Thornton and features the uptempo title cut (a Top 50 US R&B chart entry) and ‘2 Win You Back.’

Another tasty platter comes from LA singer, JERRY KNIGHT, who started out as the bass player in RAYDIO. 1983’s ‘Love’s On Our Side’ was originally released by A&M and contains ‘She’s Got To Be A Dancer.’

Released a few years earlier was ‘Saturday, Saturday Night’ by the LA octet, ZOOM. The title track was a US R&B chart entry as was the song ‘Love Seasons,’ which was a Stateside Top 40 hit in 1982.

Also hailing from Los Angeles were the LA BOPPERS led by singer/drummer, Vance Tennort. Their 1981 Mercury album, ‘Bop Time’ featured a hit revamp of the Delfonics’ ‘La La Means I Love You’ and is reissued for the first time.

The same goes for the eponymous Mercury debut by released by forgotten Texas band, PHYREWORK in 1978. Helmed by Con-Funk-Shun main man Michael Cooper, the album found the seven piece band delivering some scorching Bar-Kays-style earthy funk and slick ballads. Highlights include the strutting down-home funk of ‘Put Your Hands Up,’ the breezy ‘Do You Feel The Same’ and ‘Make It Last,’ a sophisticated mid-tempo cut with an addictive churning groove and super-soulful vocal from Clarence Pitts.

Anyone remember SELECTION? The early ’80s group was studio creation masterminded by Italian producers, Claudio Donato and Franco Donato (in the mould of the CHIC-influenced bands CHANGE, BB&Q BAND and HIGH FASHION). The group’s self-titled album originally surfaced on Full Time Records in 1980 and makes its CD debut via PTG. The key tracks are ‘I’m So Glad,’ ‘Ride The Beam,’ and ‘Rebel On The Run.’ As well as the original album, the new reissue contains five bonus extended remixes.

For more info, go to www.vinyl-masterpiece.com